Tiger attacks and terrorist militia couldn’t deter scientists working to track down resilient crops in a bid to shore up humanity’s food supply against global warming.

A team of scientists braved snakebites, tiger attacks and even terrorist insurgencies to track down the wild variants of common crops that will help guarantee humanity’s food supply in the face of climate change.

Their efforts drew comparisons with the intrepid archeologist Indiana Jones, as more than 100 researchers from 25 countries travelled by jeep, canoe, horse and even elephant to collect wild relatives of 28 globally important crops. These staple foodstuffs – which included rice, maize, barley, beans and potatoes – form the backbone of nutrition for large swathes of humanity, but are vulnerable to climate change after generations of selective breeding have left them with weakened gene pools.

The six-year collecting phase, described as an ‘urgent rescue mission’, is part of the Crop Wild Relatives project, a multi-stage collaboration between Kew Gardens’ Millennium Seed Bank and the Crop Trust, funded by the Norwegian government. It came not a moment too soon: a report released in October by the Global Center on Adaptation predicted that global food supplies could fall 30% by 2050 unless urgent action is taken to adapt global agriculture to climate change.

The collecting involved a total of 2,973 days in the field, with researchers bagging 4,644 seed samples from 371 wild relatives. Teams ventured into the bush armed with seed guides, sieves for cleaning the seeds, silica gel for drying them and a GPS for geotagging the location.

‘The expeditions were not a walk in the park,’ said Hannes Dempewolf, head of global initiatives at the Crop Trust. ‘They were perilous at times and physically demanding, with heat, dust, sweat and danger from wild animals – from blood-sucking leeches to tigers. The stories these seed collectors brought back from the field often resemble scenes from an Indiana Jones movie.’

In Nepal, teams were forced to travel by elephant to ward off tiger and rhino attacks. In Ecuador, researchers ventured into snake country as they hunted elusive wild rice. To prevent snakebites, they donned shin-length plastic boots with metal tips – and finally brought home the desired seed.

In Pakistan, much of the tribal border area is unsafe for foreigners and even locals. Collectors were forced to travel with guides on short trips in daylight hours to ensure their safety. In Nigeria, despite the disruption caused by the Boko Haram insurgency and heavy flooding, CWR’s national partners still managed to secure 205 varieties of 20 species, including sweet potato, sorghum and aubergine.

Successful finds often involved a healthy dose of serendipity, with several trips needed to secure elusive crops. Researchers were forced to return the following year if they’d missed a collecting window. One team in Italy had almost given up hope of finding a particular pea with edible tubers, when a scientist from the University of Padua spotted its distinctive red flowers from the window of a speeding train.

So why the desperate need for genetic diversity in our foodstuffs? Humanity’s staple crops are all domesticated versions of wild plants. Selectively bred for yield and nutritional value over generations – more than 10,000 years, in the case of wheat – they have a narrowed gene pool which leaves them open to common threats. For example, banana crops are susceptible to a fungus called Panama disease, which has devastated numerous plantations since the 1940s.

‘In the process of trying to create ideal crop plants, certain genetic information has been lost and that makes them more vulnerable to fluctuations,’ explained Chris Cockel, Crop Wild Relatives project coordinator at the Millennium Seed Bank. ‘Whether it’s climate or pests, they often don’t have the genetic diversity built in to help them withstand those conditions.’

Climate change is predicted to exacerbate many common threats, including drought, flooding, temperature fluctuations, pests and plant diseases. The crops’ wild cousins have retained the genetic diversity to handle these harsh conditions, thriving in often poor-quality soils despite lack of rainfall or extremes of temperature.

‘All our crops come from wild species,’ said Dempewolf. ‘And so these wild ancestors are usually still around. Because a farmer tends to their crops, they pamper them, if you wish. The aim is to get some of those wild traits back into the domesticated gene pool, because some of the challenges we’re now facing with climate change are so vast that we need to go back to the wild.’

Researchers were especially pleased to track down a wild relative of the carrot that grows in salty water, as well as a wild rice from a Pakistani estuary that tolerates salinity. With rising sea levels set to increase the soil salinity, this could become an important trait.

Other key finds were an oat wild relative that is resistant to the common powdery mildew fungus, and an elusive variety of the Bambara groundnut – a high-protein legume that tolerates high temperatures and drought, and grows well in poor soils.

The aim, however, was not specific traits but diversity. ‘It’s difficult to predict when you see one of these plants in the field what it could be useful for in the future,’ said Dempewolf. ‘We just want to be able to provide breeders and farmers with the largest variety and array of options to look at it when it comes to adapting their crops to climate change.’

Now that the collecting phase has finished, the CWR programme continues with the pre-breeding stage, which involves the isolation of desirable traits, such as heat, drought or salinity tolerance, from undesirable traits. Breeders are already at work on this process with 19 crops in 48 countries. Some crops are even further along: farmers in Vietnam’s Mekong Delta are currently trialling rice crossed with wild varieties.

The material is freely available to breeders and farmers under the terms of a UN agreement called the International Treaty for Plant Genetic Resources for Food and Agriculture.

‘The whole intention of this project is that material should be shared equally and is not at this moment for commercial gain. Our national partners are not making a profit and neither is Kew – we’re not selling the seed,’ said Cockel. ‘Agricultural institutions, universities or seed banks in partner countries have received training, and sent us a portion of the seed collected, but they’ve also retained some in the country so they improve their own capacity to look after these things.’

‘This project has only succeeded thanks to the dedication and hard work of individuals in organisations around the world working toward a common goal, to safeguard crop wild relatives, that previously were overlooked and disregarded, but probably hold the key to the world’s food security in the years ahead,’ he said.

This article was originally published by the Global Center on Adaptation. 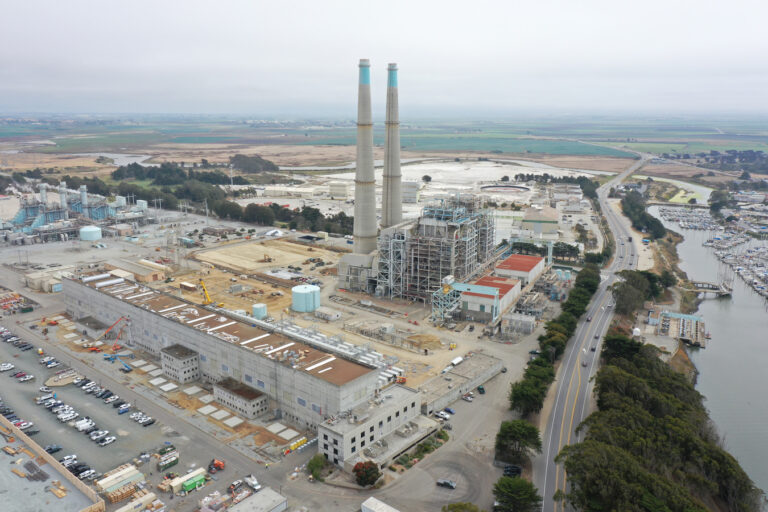 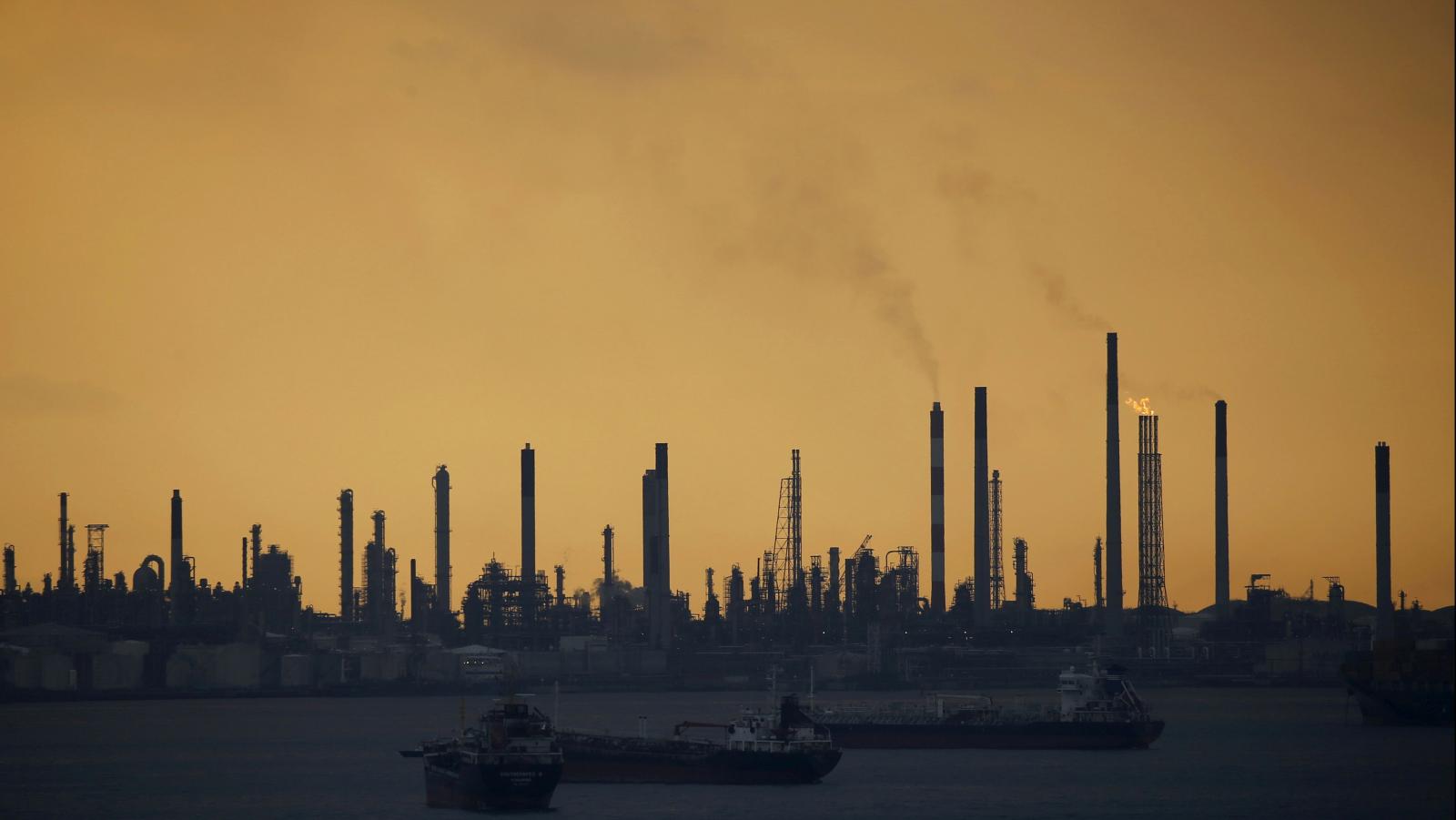 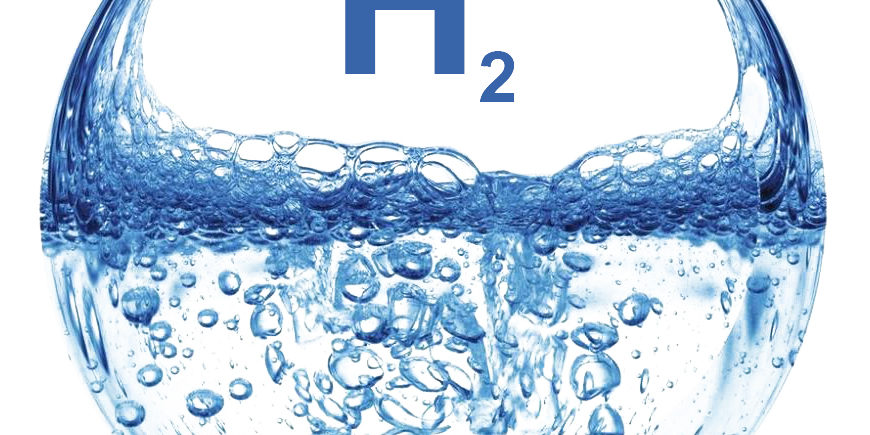