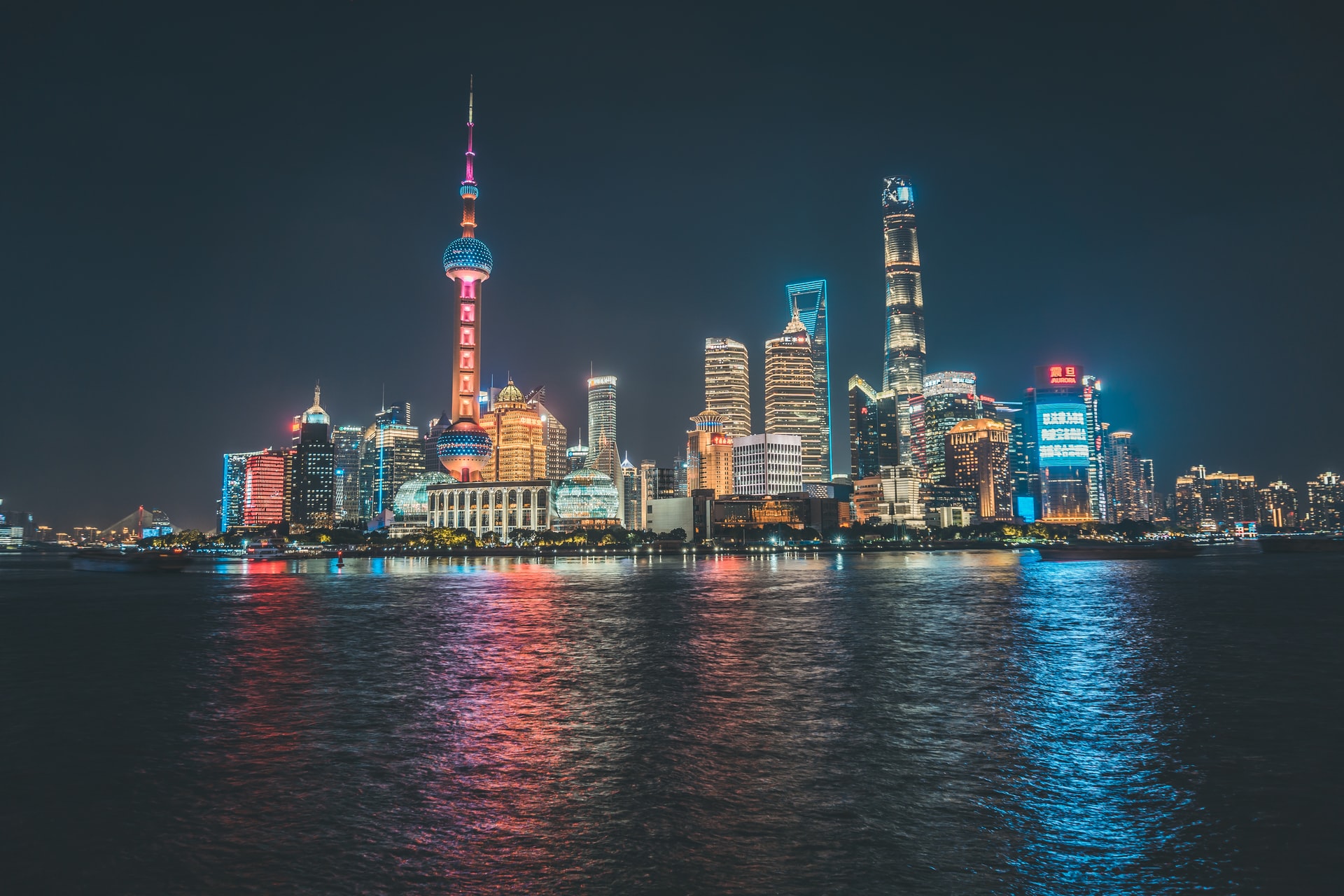 Somewhere on the eastern side of Shanghai’s Chongming Island, 300,000 solar panels lie over rows and rows of aquaculture ponds. The island’s first solar–aquaculture project started providing power to the grid late last year.

Soon after, in January, Shanghai announced it would work to achieve peak carbon during the 14th Five Year Plan period (2021–25). The district of Chongming went a step further, saying it would explore the possibility of achieving carbon neutrality. Now, more and more solar power facilities are popping up here.

Chongming, a network of rice fields, wetlands and rivers, is regarded as Shanghai’s green energy powerhouse. By the end of 2020, it had 500 megawatts of renewable energy capacity installed, exporting what isn’t used locally to the rest of Shanghai or neighbouring Jiangsu province.

But Shanghai, a megacity of 24 million people, has little space left on which to develop renewable energy, hampering the prospects for more ambitious decarbonisation of its energy sources.

As one of China’s most developed cities, Shanghai faces the same challenges the rest of the country does in achieving peak carbon and carbon neutrality: rejigging the energy mix and cutting industrial emissions.

But it must also tackle emissions from transportation and buildings, issues faced in the “consumer cities” of more developed nations. As such, it is leading the way for China’s future low-carbon transition.

Taking the lead on peak carbon

Last September, China committed to peak carbon by 2030, and carbon neutrality by 2060. To this end, the central government is encouraging local governments to hit peak carbon early where possible, with local action plans for reaching peak carbon due at the end of the year.

According to rough figures put forward in the media based on local 14th Five Year Plan documents published early this year, almost 100 cities or regions have said they will reach peak carbon early. These include Shanghai, Beijing, Tianjin and Suzhou.

Since 2010, China has launched 87 low-carbon city pilot projects. These have explored routes to low-carbon development by saving energy in industry and limiting emissions from buildings, transportation and agriculture.

There have been no official announcements, but research by the Energy Foundation China indicates 23 provinces (including centrally administered municipalities such as Shanghai, Beijing and Tianjin) have reached, or are close to reaching, peak carbon. They account for 80 percent of national emissions. Emissions are still growing in seven provinces, including Fujian and Jiangxi in the east, and Guizhou and Xinjiang in the west.

Zou Ji, president of Energy Foundation China, said at a recent seminar that those localities already at peak carbon could be divided into two types.

The first is experiencing a population decline and weak economic growth. More common is the second, where the economy is more developed, the industrial and energy structures are more advanced, and natural resources, such as sunshine and wind, are more favorable to low-carbon development.

Regions that are approaching peak carbon mostly rely on traditional drivers of growth or energy-hungry heavy industry, but do have the means to improve the industrial and energy mix in order to reach peak carbon.

Meanwhile, emissions are still growing in places with unfavorable natural resource endowments, such as abundant coal, and undeveloped economies.

The Energy Foundation China’s analysis found Shanghai’s emissions from energy activities have already peaked. That matches up with findings from Peking University’s Institute of Energy. But modelling by other academics has found that if Shanghai’s existing policies are enforced, the city’s carbon emissions will plateau between 2018 and 2024, and only then start to fall.

If energy structure and intensity targets are tightened up, that fall could be brought forward to 2022.

Shanghai aims to have renewables account for 8 percent of its energy mix by 2025, compared to 1.6 percent in 2019. One expert who took part in the drafting of Shanghai’s peak carbon action plan said the city is short of land and even if all available space for solar power is used – including all rooftops – it would still be only a tiny fraction of what is needed.

Coal still accounted for 31 percent of Shanghai’s energy consumption in 2020, and the energy mix needs more work if the city is to hit peak carbon. The city has published a range of documents over the last few years indicating it will end its reliance on coal, with a cap on coal consumption. Meanwhile, the city is also working to replace local coal power generation with renewable generation located elsewhere in China, and to increase the use of natural gas.

Looking at the emissions curve, we can see that Shanghai has already started to decouple its carbon footprint from economic growth.

Shanghai already imports about half of its electricity, drawing on renewables in western China, such as hydropower, which help cut the city’s carbon emissions. The above-mentioned expert expects that achieving peak carbon and carbon neutrality will mean Shanghai relying more heavily on green power imports.

When drafting their peak-carbon action plans, provinces are required to factor in emissions incurred during the generation of imported power. This is to encourage power-consuming provinces in the east, such as Shanghai, to consider their energy structure as a whole, rather than simply export their pollution.

“Looking at the emissions curve, we can see that Shanghai has already started to decouple its carbon footprint from economic growth,” Zhu Dajian, director of the Institute of Sustainable Development and Management Research at Tongji University, told China Dialogue. Shanghai has long been China’s top city in terms of GDP.

In 2018, its per-head GDP broke US$20,000, and service sector GDP has accounted for around 70 percent of the total for the last five years. These circumstances are similar to those seen when developed nations reach peak carbon.

Currently, Shanghai emits 200 million tonnes of carbon a year. Emissions from industry, transportation and buildings account for around 45 percent, 30 percent, and 25 percent of the total respectively, according to research by the World Resources Institute.

This, however, is not the pattern seen in major cities in developed nations. Zhu Dajian says cities overseas are mainly residential, with emissions coming from buildings and transportation – these are emissions arising from consumption. But Shanghai, like most of China’s cities, is still home to production.

Shanghai used to be a centre of heavy industry, until the 1990s when a push to shift to lighter and more modern industries started. The banks of the Huangpu River, which runs from north to south through the city, are lined with old industrial buildings, now refitted as fashionable art galleries and shops. The city’s 14th Five Year Plan says it will continue to turn its urban rust belt into an attraction.

Even so, cutting industrial emissions will be a tough nut to crack. Dai Xingyi, professor at Fudan University’s Department of Environmental Science and Engineering, said the city does not want to do away with all its industry: high-end manufacturing will be retained.

Over a decade ago, Beijing forced steelmaker Shougang to relocate. Shanghai, though, allowed Baogang, now Baowu Steel and China’s largest steel manufacturer, to keep operating in the city. Dirtier production lines were, however, shut down.

A number of academics told China Dialogue that Shanghai’s industrial emissions peaked as early as the 12th Five Year Plan period (2011-2015), and industrial carbon intensity in the city is lower than in many others. But that makes further decarbonisation more challenging. Shanghai will have to rely on further industrial changes and technological improvements.

Shanghai is building five city “sub-centres” on its outskirts. In April, the municipal government ruled that buildings in those sub-centres must use green building standards, and that ultra-low energy buildings are to be encouraged.

According to Dai Xingyi, the “greenness” of these new centres will also depend on their success in attracting people and commercial activities. Having the new buildings sit empty would be wasteful.

Research has shown that improving energy efficiency in existing buildings can bring big emissions savings. This is particularly the case for commercial buildings, where energy use is often tens of times that of government or residential buildings.

In 2009, Shanghai started monitoring energy use in some large public buildings. Today, over 2,000 buildings are covered by that monitoring scheme. On screens at monitoring centres, and online, building owners and the government can see real-time usage by key building infrastructure such as air-conditioning and lighting.

At a seminar held in April, one official involved in the city’s efforts to save energy and cut emissions said that data is “more useful than just lecturing.” The Shanghai district of Changning ranks buildings on their energy efficiency, encouraging building managers to learn from each other. Experience has shown that even without retrofitting, these methods can produce annual reductions in energy use.

Shanghai is known in China for its efficient public transport system. It has over 1,000 kilometres of subway lines either in operation or in the works, with links to the neighbouring provinces of Jiangsu and Zhejiang planned. The city government has repeatedly said the only solution to congestion issues is to prioritise the development of public transport.

In 2016, the city put forward a “15-minute city” plan, with the aim of having 99 percent of communities able to access the bulk of their shopping, leisure and transportation transfer points within a 15-minute walk by 2035.

There should be a cap. If we can’t cap vehicle numbers, how can we talk about a peak for vehicle emissions?

Urban planning decisions can result in locked-in carbon emissions. Zhu Dajian explained that Beijing once planned to centralise urban functions while keeping residential zones on the outskirts. That resulted in longer commute times and appalling congestion.

A similar approach was taken with the early stages of the Lujiazui commercial zone in Shanghai’s Pudong district. However, the city realized that low-carbon development requires a functionally mixed urban layout, which renders more carbon reductions than technological advancements.

But Shanghai still has over four million cars on the road, the fifth-largest number of any Chinese city. Limitations on car purchases were introduced in 1994 but the city remains plagued by congestion and vehicle pollution. Those limits were relaxed last year, in response to the impact of the coronavirus, with an extra 40,000 purchases allowed.

Shanghai’s 14th Five Year Plan and a separate five-year plan for electric vehicles provide guidance for increasing electrification of private transport. However, no timetable is given for the phasing out of internal combustion vehicles. According to those plans, in five years 50 percent of all private vehicle purchases will be of all-electric vehicles, while all buses, government vehicles and city-centre goods vehicles will be electric.

Zhu Hong, deputy head of the Shanghai Urban and Rural Construction and Traffic Development Academy, said during a speech that more new electric vehicle purchases will slow emissions growth, but the speed with which the existing fleet is replaced will be key for reaching peak carbon.

His research has found that 74 percent of the city’s transportation emissions come from road vehicles, with the rest from river and rail transport, while over 60 percent of road vehicle emissions come from cars. He thinks the government needs to go further on purchase restrictions. Currently, there is a quota for annual car purchases but no cap on total car numbers. “There should be a cap. If we can’t cap vehicle numbers, how can we talk about a peak for vehicle emissions?”

Shanghai does not have much time to act. A number of experts told China Dialogue that one aspect of the “low-carbon development path with Chinese characteristics” that academics are proposing would mean more economic growth with lower emissions. Shanghai’s annual per-head carbon emissions are over ten tonnes, still higher than major cities in developed nations. Zhu Dajian said that Shanghai’s route to a low-carbon transition will show the way for the rest of China.

This article was originally published on China Dialogue under a Creative Commons licence. 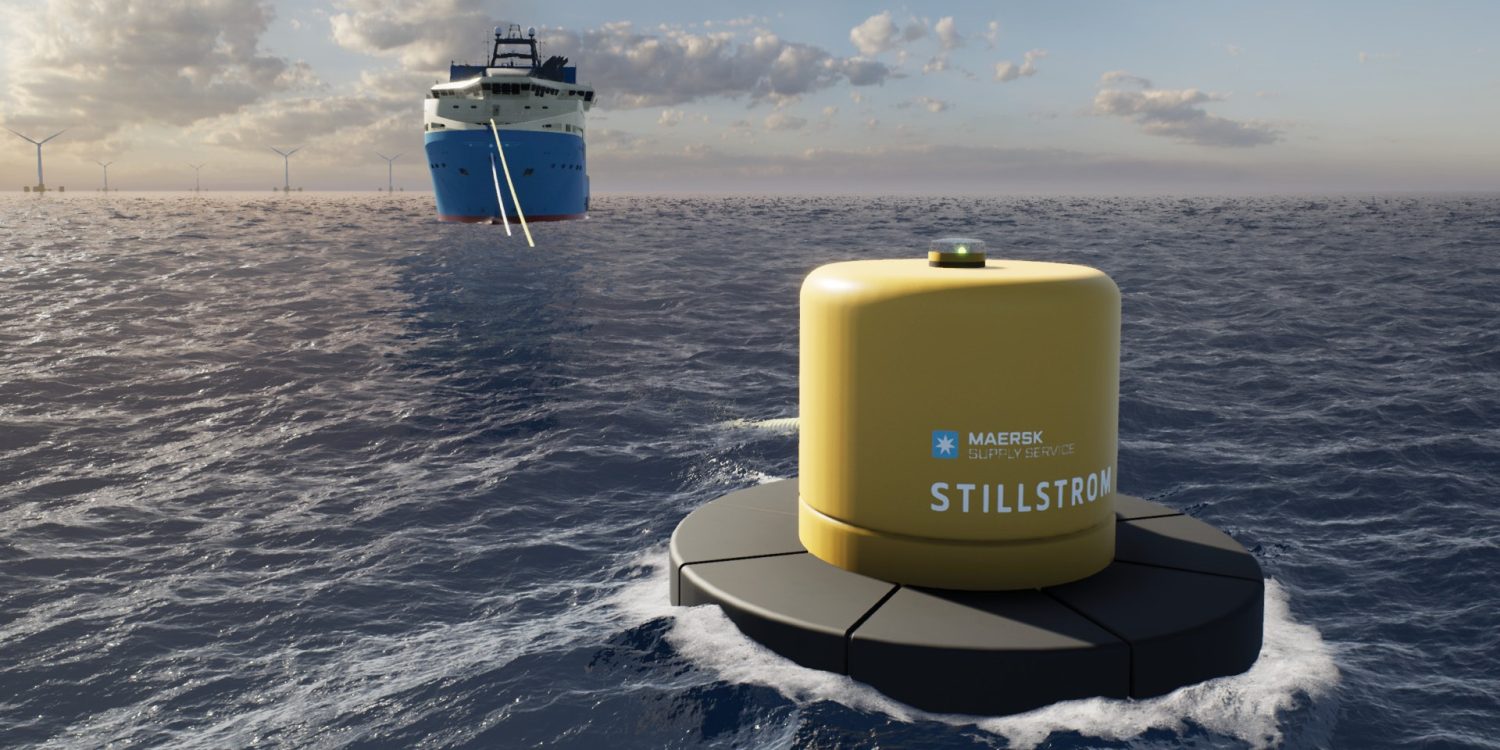