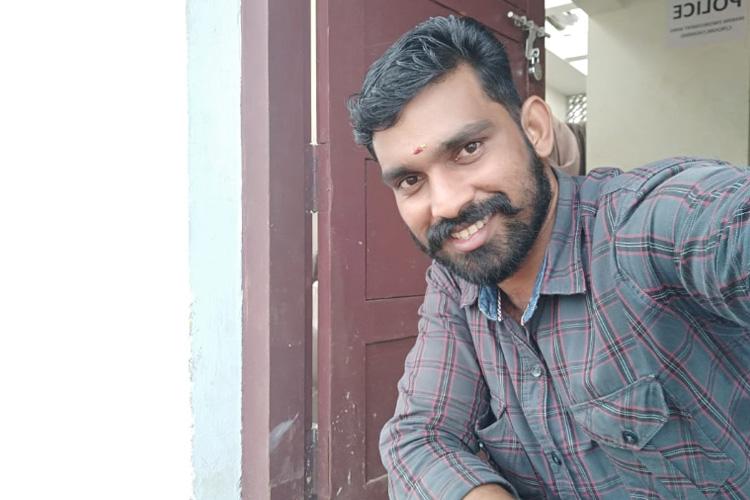 The real hero from Kerala who removed tonnes of plastic from the sea.

Two months ago, Priyesh KV, a fisherman from Kerala’s Kozhikode district, started collecting plastic every time he went out to sea.

30-year-old Priyesh KV, a fisherman from Kerala’s Kozhikode district, has been going to sea to fish since he was 14 years old. But in the past few years, his fishing nets have caught more than just fish – plastic waste. As he witnessed the situation worsen, he decided to start a personal mission to remove as much as plastic from the sea as he can.

In just two months, Priyesh has managed to remove about 3.5 tonnes of plastic from the sea all by himself. 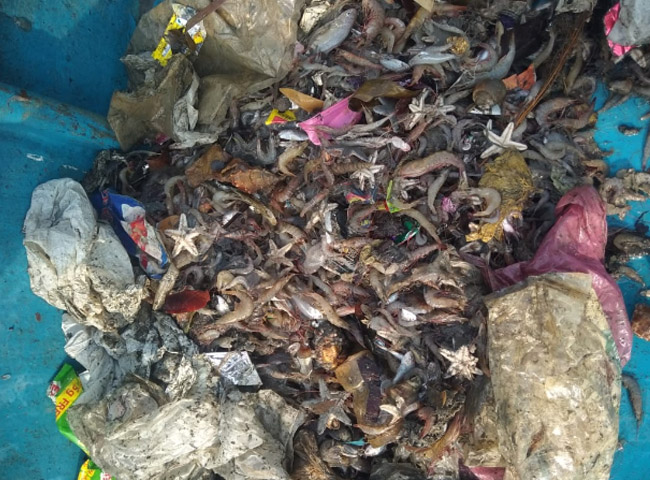 Priyesh, a native of Azhiyur, a coastal village at Vadakara in Kozhikode was born into a humble family with limited means. Though he was a bright student, he could not complete his education beyond Class 8. But his lingering wish to pass Class 10 also played a role in moving him closer to this novel initiative.

“Last year I started to go for preparatory classes as part of appearing for Class 10 equivalency exam. Sruthi, my teacher there, asked us to write an assignment about what could be done to protect the environment. When everyone wrote about keeping house and surroundings clean, I wrote about the need to remove plastic accumulated in the oceans and the seas as that was something I was witnessing personally. After writing it, I thought why I can’t do it and began doing it,” tells Priyesh.

Two months ago, Priyesh started collecting plastic every time he went out to sea.

“For quite some time, I had been observing the sea and thinking about the increase in the presence of plastic and the decrease in the number of fish. On days there is more plastic in the sea, there will be no fish around and our nets would be so full of plastic. When the amount of plastic disappears, more fish will be there,” Priyesh shares. 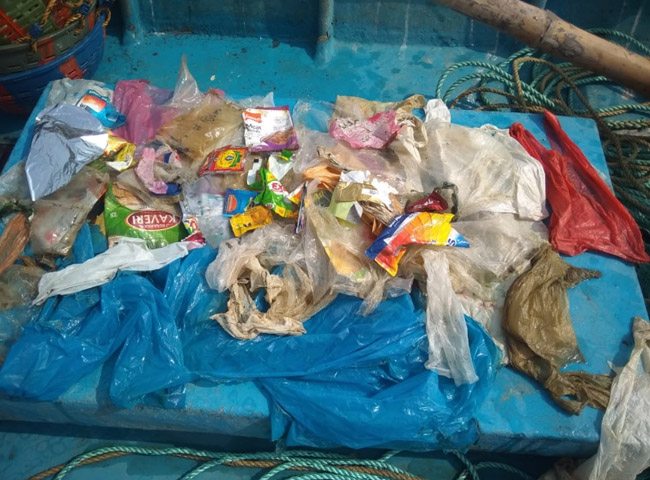 What does he do with the plastic he collects?

Before starting this initiative, Priyesh met the local Panchayat body and showed them pictures of what he had seen at sea to make them understand the situation.

“People usually do not believe me when I tell them about the scale at which the sea has been polluted by plastic. So I went to the gram panchayat office with pictures of the plastic I caught in my fishing net. They were very shocked and agreed to help me,” he says.

From April, Priyesh has been trying to pull up as much plastic as he can from the sea. He either stays back longer to collect pieces of plastic or cuts his fishing hours short to fetch plastic out of the sea. There were days when he would devote four to five hours to collect plastic alone, he says.

Priyesh’s task, however, does not end with simply collecting the plastic. He makes sure that the plastic waste gets recycled. For this, the officials of Azhiyur panchayat step in. His sacred mission of removing waste from the sea has been temporarily paused since June 10, which is when the monsoon set in.

“June and July are the months when the sea becomes very turbulent. A trawling ban is also in place and the government only allows traditional fishing boats to go out to sea. But since the sea often becomes very turbulent, special teams are formed by the fisheries department to help fishermen in distress. One of the teams has rented my fishing boat and I am its operator. So I have to be present 24 hours at the harbour to take the rescue team to sea whenever the fishermen send a distress call. Once this ends in July, I will get back to collecting plastic,” says Priyesh.

‘Want to study more about the effects of plastic pollution’

Father of two children – a one-year-old and a three-year-old – Priyesh is now preparing for his class 10 equivalency exam, which will be held in December this year.

“I want to study more about pollution, especially the effect of plastic pollution. With more knowledge in the subject and with my personal experiences, I wish to go to schools to share this with the children. Because people never really forget what they are taught while they are small, they bring that knowledge along with them as they grow. So it is important for us to teach children the effects of plastic pollution,” says Priyesh.