New eco-friendly way to make ammonia could be boon for agriculture, hydrogen economy

Chemical engineers at UNSW Sydney have found a way to make ‘green’ ammonia from air, water and renewable electricity that does not require the high temperatures, high pressure and huge infrastructure currently needed to produce this essential compound.

And the new production method — demonstrated in a laboratory-based proof of concept — also has the potential to play a role in the global transition towards a hydrogen economy, where ammonia is increasingly seen as a solution to the problem of storing and transporting hydrogen energy.

In a paper published today in Energy and Environmental Science, the authors from UNSW and University of Sydney say that ammonia synthesis was one of the critical achievements of the 20th century. When used in fertilisers that quadrupled the output of food crops, it enabled agriculture to sustain an ever-expanding global population.

But since the beginning of the 1900s when it was first manufactured on a large scale, production of ammonia has been energy intensive — requiring temperatures higher than 400oC and pressures greater than 200atm — and all powered by fossil fuels.

Dr Emma Lovell, a co-author on the paper from UNSW’s School of Chemical Engineering, says the traditional way to make ammonia — known as the Haber-Bosch process — is only cost-effective when produced on a massive scale due to the huge amounts of energy and expensive materials required.

“The current way we make ammonia via the Haber-Bosch method produces more CO2 than any other chemical-making reaction,” she says.

“In fact, making ammonia consumes about 2 per cent of the world’s energy and makes 1 per cent of its CO2 — which is a huge amount if you think of all the industrial processes that occur around the globe.”

Dr Lovell says in addition to the big carbon footprint left by the Haber-Bosch process, having to produce millions of tonnes of ammonia in centralised locations means even more energy is required to transport it around the world, not to mention the hazards that go with storing large amounts in the one place.

She and her colleagues therefore looked at how to produce it cheaply, on a smaller scale and using renewable energy.

“The way that we did it does not rely on fossil fuel resources, nor emit CO2,” Dr Lovell says.

“And once it becomes available commercially, the technology could be used to produce ammonia directly on site and on demand — farmers could even do this on location using our technology to make fertiliser — which means we negate the need for storage and transport. And we saw tragically in Beirut recently how potentially dangerous storing ammonium nitrate can be.

“So if we can make it locally to use locally, and make it as we need it, then there’s a huge benefit to society as well as the health of the planet.”

OUT OF THIN AIR

ARC DECRA Fellow and co-author Dr Ali (Rouhollah) Jalili says trying to convert atmospheric nitrogen (N2) directly to ammonia using electricity “has posed a significant challenge to researchers for the last decade, due to the inherent stability of N2 that makes it difficult to dissolve and dissociate.”

Dr Jalili and his colleagues devised proof-of-concept lab experiments that used plasma (a form of lightning made in a tube) to convert air into an intermediary known among chemists as NOx — either NO2- (nitrite) or NO3- (nitrate). The nitrogen in these compounds is much more reactive than N2 in the air.

“Working with our University of Sydney colleagues, we designed a range of scalable plasma reactors that could generate the NOx intermediary at a significant rate and high energy efficiency,” he says.

“Once we generated that intermediary in water, designing a selective catalyst and scaling the system became significantly easier. The breakthrough of our technology was in the design of the high-performance plasma reactors coupled with electrochemistry.”

Professor Patrick Cullen, who led the University of Sydney team, adds: “Atmospheric plasma is increasingly finding application in green chemistry. By inducing the plasma discharges inside water bubbles, we have developed a means of overcoming the challenges of energy efficiency and process scaling, moving the technology closer to industrial adoption.”

Scientia Professor Rose Amal, who is co-director of ARC Training Centre for Global Hydrogen Economy, says in addition to the advantages of being able to scale down the technology, the team’s ‘green’ method of ammonia production could solve the problem of storage and transport of hydrogen energy.

“Hydrogen is very light, so you need a lot of space to store it, otherwise you have to compress or liquify it,” says Professor Amal.

“But liquid ammonia actually stores more hydrogen than liquid hydrogen itself. And so there has been increasing interest in the use of ammonia as a potential energy vector for a carbon-free economy.”

Professor Amal says ammonia could potentially be made in large quantities using the new green method ready for export.

“We can use electrons from solar farms to make ammonia and then export our sunshine as ammonia rather than hydrogen.

“And when it gets to countries like Japan and Germany, they can either split the ammonia and convert it back into hydrogen and nitrogen, or they can use it as a fuel.”

The team will next turn its attention to commercialising this breakthrough, and is seeking to form a spin-out company to take its technology from laboratory-scale into the field.

Materials provided by University of New South Wales. Original written by Lachlan Gilbert. Note: Content may be edited for style and length. 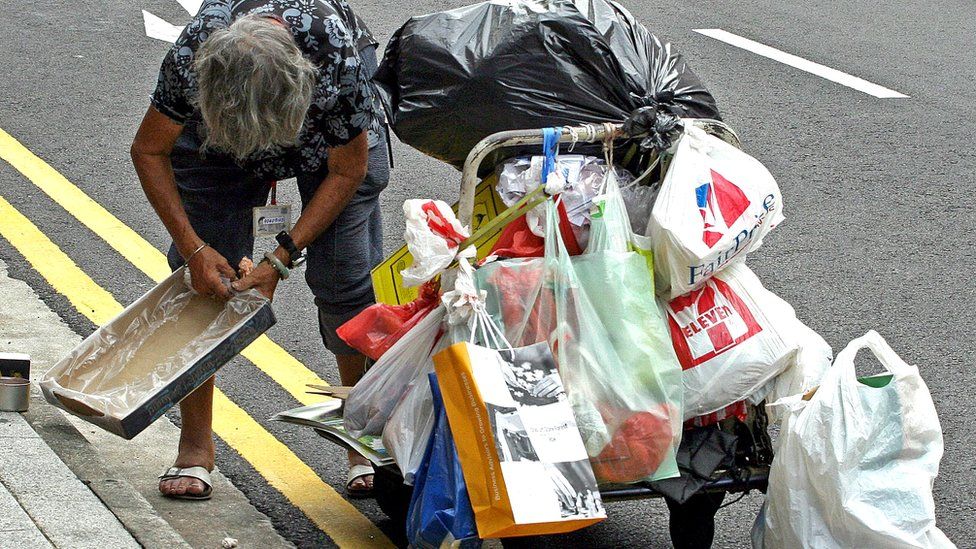