Nelson and Wellington tie for the lowest carbon footprint

Nelson and Wellington residents tied for first in the regional battle for the lowest carbon footprint. But while Nelson’s total emissions had the largest decrease between 2018 and 2019, according to Statistics NZ data, the capital’s headed in the opposite direction.

Both regions produced 6.6 tonnes of carbon dioxide for every resident in 2019. Auckland came in third place, with a per-person total of 6.7 tonnes.

At the other end of the spectrum, Southland produces nearly nine times as much greenhouse gas for every resident, courtesy of its dairy farms and the Tiwai Point aluminium smelter. Taranaki and Waikato had the second and third highest figures.

In 2019, experts advised the world to cut greenhouse gas output by about 8 per cent a year, to limit global warming to 1.5 degrees Celsius. Data released Wednesday suggests Nelson residents took that call to heart.

Households slashed their footprints by 19 per cent, according to the Statistics NZ report. Personal travel pollution fell from 110 tonnes in 2018 to 88 tonnes. Emissions from primary industries in the region also plummeted by 12 per cent. Some of these gains were offset by slight rises in pollution from manufacturing, electricity generation and waste.

Nelson residents’ annual footprint of 6.6 tonnes is even more impressive considering it does not have as many jobs in government departments, head offices and financial services as Wellington or Auckland.

Nelson City councillor Kate Fulton​ has worked for 11 years to achieve emissions cuts in the region.

“It’s very exciting to see stats like that, because you think we’re heading in the right direction,” she added.

“People really started to pay attention when we had a couple of years of heavy rainfall events – and in 2018, Cyclone Gita and Fehi really impacted our region – and then we had a very dry summer and some intense fires. It was around the same time fires were happening in Australia and Brazil. Perhaps people are seeing the effects of climate change now in their immediate environment plus in parts of the world that they love, and that makes them want to do more individually.”

On the transport front, the council has encouraged people to minimise car journeys, and walk and cycle where they can. But with neighbouring Tasman’s transport emissions rising, there’s more work to do, she added.

“We’ve really supporting things like minimising and diverting food waste from landfill and increased the planting of trees.”

Cities rely on other regions for food and power, and must help ease that burden, Fulton said. To help reduce emissions in Nelson and at Waikato’s Huntly power plant, the council is encouraging new houses that are central, connected, high performing and installed with solar panels.

“We need to really think about how our personal choices benefit the country, plus the planet.”

All up, Nelson cut 8 per cent off its footprint – the best result in the country. Close neighbour Tasman also had a reasonable drop: 3.9 per cent.

Gases also fell 1.5 per cent in Canterbury, as animal numbers declined. Since the province’s total is so large, this translated into an emissions reduction equivalent to 180,000 tonnes of carbon dioxide, Statistics NZ found.

But these efforts failed to counteract the large increases in other areas. Altogether, national emissions rose 2.1 per cent.

Emissions are allocated to the region where they are created. So all the emissions from the Huntly power plant are added into Waikato’s tally, even though many regions rely on its electricity.

Wellington had a mixed year. Households contribute the bulk of the capital’s pollution, and emissions from personal travel had a 1.9 percent bump in 2019. The region includes farms on the Kāpiti Coast and the Wairarapa, where agricultural gases rose by 5.2 percent. Transport and logistics had a small rise.

But in 2019, 6700 new residents shifted to the capital. So while the city’s total pollution rose, it was still able to tie with Nelson for the smallest per-person footprint.

Greater Wellington Regional councillor Thomas Nash​ said the rise was still disappointing. “Really it’s the total amount that matters for the climate,” he added. “We need to be able to welcome more people into our towns and cities in this region without increasing emissions and in fact, while decreasing emissions.”

The capital relies on economic activity elsewhere to power its service-based economy. Exports from agriculture and heavy industries keep the economy humming (particularly during the pandemic).

Because of farms and metal-making, Southland’s per-resident carbon footprint remained the highest in the country for the second year in a row. The data shows the dollars these industries bring come at a high carbon cost.

For every million dollars of GDP, Southland produces more than 900 tonnes of carbon dioxide – also the highest in the country. Wellington has the lowest: under 90 tonnes for every million in GDP.

Of all the regions, Waikato had the biggest emissions blow out, with a 7.5 percent rise. Low rainfall in 2019 meant generation by the hydro dams fell. Power plants, including Huntly, picked up the slack.

Waikato could record similar increases in 2020 and 2021, as record amounts of coal have been imported in the last two years, due to low hydro generation and gas shortages.

The region’s household emissions also had a significant rise, mostly from a large increase in personal travel. This could be explained by the nearly 10,000 people that moved to the area in 2019, with some continuing to commute to Auckland.

That’s expected, given the high concentration of agriculture and industry, plus higher populations, in these areas.

Compared to national emission data, the regional breakdown helps central and local governments understand how best to start reducing gases, he added. “When you look across all of the 16 regions, you can see that different regions have different things that are driving it.”

Here are the highs and lows for each region:

The bad news: Emissions rose 2.3 percent between 2018 and 2019, higher than the national average. This was mostly from manufacturing.

The good news: Agricultural emissions fell by 4.8 percent, though this could be due to farmers reacting to drought conditions, which have plagued the region.

The bad news: Greenhouse pollution from manufacturing and agriculture increased. In total, emissions rose by 1.4 percent.

The good news: Emissions from households fell, as people drove less. The region has one of the lowest per-capita carbon footprints, at 6.7 tonnes per resident.

The bad news: Emissions rose by 7.5 percent in 2019. Waikato is the home of the Huntly power plant, which picks up the slack in drier conditions. Its largest source of emissions is agriculture, and this tally increased by 1.5 percent. Waikato’s personal travel emissions also shot up.

The good news: There isn’t much. Even though nearly 10,000 people moved to Waikato, it’s per-capita footprint ballooned in 2019 to 32.2 tonnes per resident.

The bad news: The region’s emissions rose 4.4 percent – higher than the national average. Both agricultural and manufacturing greenhouse gases rose.

The good news: Residents have the fourth-lowest per-person carbon footprint in the country.

The bad news: The area has the fifth-highest per-capita carbon footprint.

The good news: There’s plenty: Gisborne’s emissions fell 3.5 percent, even as its population grew in 2019. Greenhouse pollution from agriculture, forestry and fishing fell, as did household emissions.

The good news: Household emissions fell by 3.3 per cent.

The good news: Emissions from electricity generation in the region fell.

The good news: The region’s largest contributor to emissions, agriculture, had a 1.7 percent drop. Across all sectors, greenhouse gas output fell by 0.5 percent.

The bad news: Farms and households contributed more emissions in 2019 than in 2018. All up, the capital’s tally was 2.6 percent larger (a figure above the national average).

The good news: Wellington’s population increased, so the per-person carbon footprint fell to 6.6 tonnes – the smallest in the country (tied with Nelson).

The bad news: In 2019, manufacturing and construction pollution rose by 6.9 percent.

The good news: Since emissions from households and the primary industries fell, the region’s total footprint fell by 3.9 percent.

The bad news: There were small increases in manufacturing, electricity and waste emissions.

The good news: With big drops in emissions from primary industries and households, the region has earned the acclaim of the lowest per-person carbon footprint (6.6 tonnes), tied with the capital.

The bad news: Agricultural gases rose, leading to the region’s emissions increasing by 3.4 per cent – more than the national average.

The bad news: Agricultural and mining emissions both rose, causing the region’s tally to increase by 3.1 per cent. At 43.1 tonnes, the West Coast has the third-highest per-person carbon footprint.

The good news: Pollution from personal travel fell 6 per cent.

The good news: Agricultural gases – by far the largest share of the pie – fell by 2.6 per cent. This, along with a reduction in household pollution even as more people arrived, meant the region’s tally fell by 1.5 per cent.

The bad news: Agriculture also leads the pack in Otago’s emissions tally. After this sector had a 3 percent increase in emissions, the region’s total rose by 2.6 percent.

The bad news: Agriculture and manufacturing (think the aluminum smelter) are the area’s biggest contributors. With a per-capital tally of 59.9 tonnes in 2019, Southland remains an emissions-intensive region.

The good news: A drop in farming gases more than made up for an increase in manufacturing emissions, so the region’s total fell 0.5 per cent in 2019. 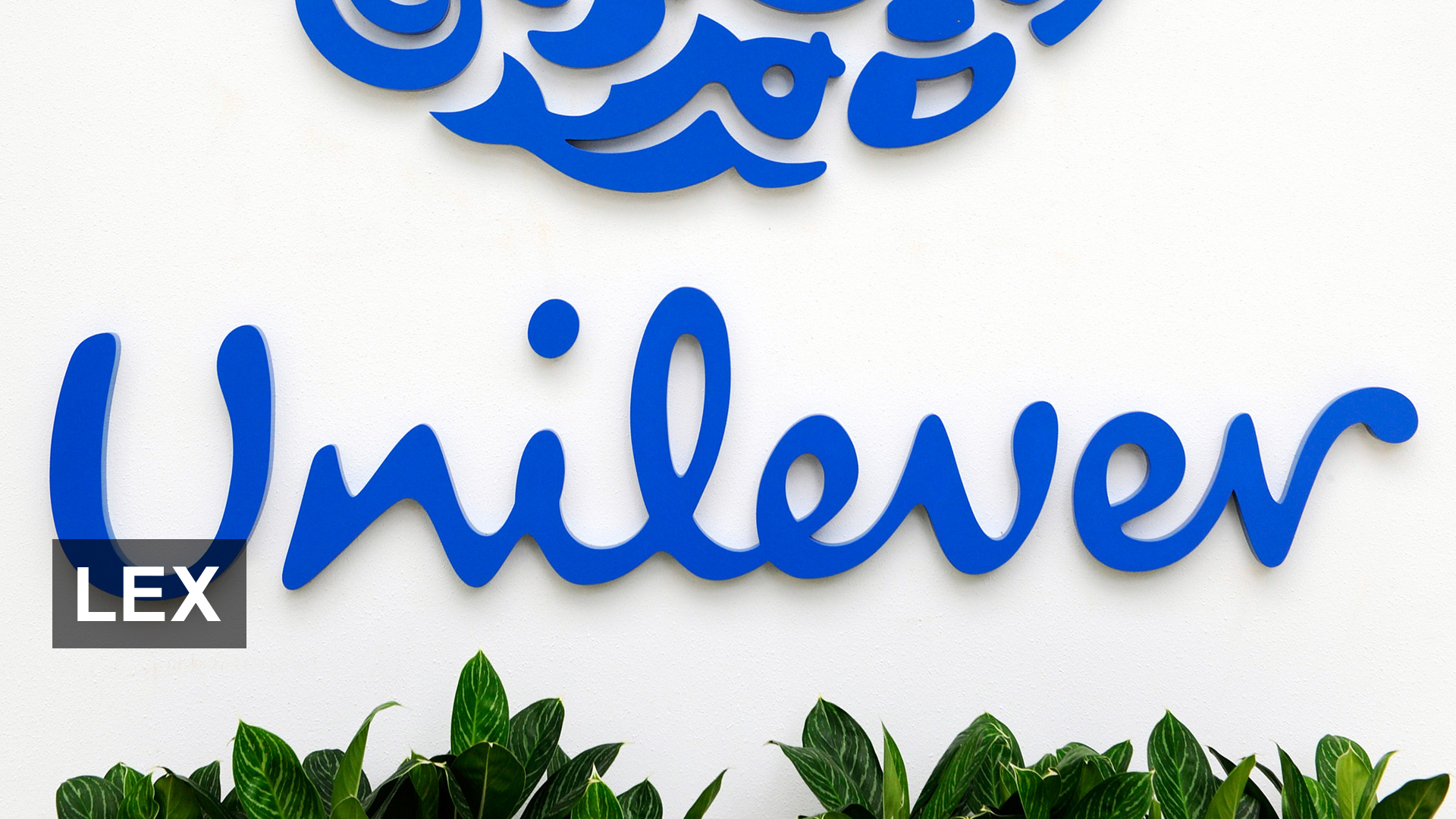