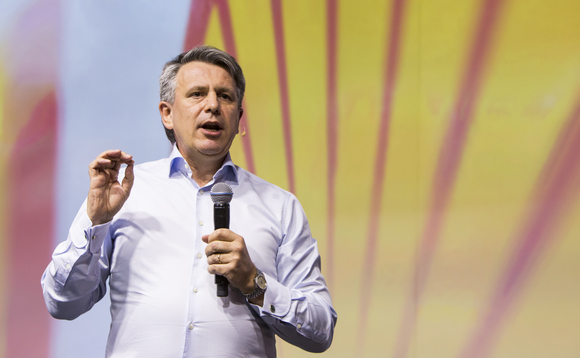 Ben van Beurden delivers speech in Texas emphasising need for company to shift business towards a low carbon future, but stresses oil and gas demand will remain strong for years to come.

Addressing a crowd of energy executives in Texas yesterday, Shell CEO Ben van Beurden said he believes climate change is the “biggest” question facing the global oil and gas industry, admitting the oil giant will need to shift its business strategy to survive.

Speaking at an energy conference in Houston, Van Beurden said the drive towards a lower carbon future was “inseparable” from the financial success of the company, emphasising the scale of change needed to meet the aims of the Paris Agreement presented an “opportunity” for the company.

“There are plenty of questions facing our industry,” Van Beurden said. “The ongoing impact of shales. OPEC. The debate on LNG supplies. Geopolitical shifts. Plenty of questions. But I believe the biggest of them is climate change. There may not be total unity behind the Paris Agreement any longer, but there is no other issue with the potential to disrupt our industry on such a deep and fundamental level. In response, I think we have to change, and that is what Shell is going to do.”

The world needs to hit net zero emissions by 2070, he said, setting out an interim milestone of society having to roughly halve the amount of emissions produced for each unit of energy used by 2050.

Shell’s net carbon footprint aims to keep step with society’s progress towards the Paris Agreement, he explained, and the company would therefore be “reviewing and reporting on our progress every five years”.

It follows the Anglo-Dutch company’s pledge late last year to halve the carbon footprint of the energy it sells by 2050 while investing $1-2bn each year in renewables and electric vehicles (EVs) between 2018 and 2020.

The announcement came in response to increasing shareholder pressure to address the risks to its business posed by climate change and the low carbon transition – another shareholder resolution has been tabled for its forthcoming AGM in April aimed at stepping up Shell’s climate ambition.

Van Beurden’s comments coincided with new research from Carbon Tracker which concluded that more than $1.6tr of capital globally is at risk of going to waste if energy firms plan future projects in line with current climate policies already announced by the government, instead of preparing for a scenarios in which governments step up their ambition to avert dangerous climate change.

However, Van Beurden stressed yesterday that oil and gas would “continue to be core to Shell for many decades”, adding that shale gas – as well as low carbon ‘new energies’ – are significant growth areas for the company in the coming decades.

“If that wasn’t the case we wouldn’t be investing in oil and gas, such as the new petrochemical facilities we are building in Pennsylvania and Louisiana,” he added. “But, over time, this net carbon footprint ambition will transform the company’s product mix. I cannot tell exactly how, but I can give you an idea of the scale.”

Meeting the company’s climate ambitions could mean switching Shell’s product mix of oil and natural gas from 50 per cent gas to 75 per cent, he said, a move that could mean selling the energy from 200 large offshore wind farms or selling 50 billion litres of biofuel a year.

“It could mean selling enough electricity on Shell’s forecourts to meet the power demands of Australia and Argentina combined; storing over 20 million tonnes of CO2 each year using carbon capture; and the planting of forests that, if you put them together, would cover the whole of New Mexico and Oklahoma,” Van Beurden explained. “That’s not a shopping list, it is an illustration. But I do not just mean one of these, I mean Shell doing all of them by 2050.”

“The net carbon footprint ambition is about exactly this: thriving as the world’s energy system changes by being both financially and environmentally sound,” he continued. “Not by abandoning oil and gas, the world will still need it, but by finding business opportunity in the changes taking place. It is about making excellent returns by doing the right thing, selling the right things; by being in step with society, by being in step with our customers.”

In recent months Shell has been ramping up its investment activity in new energy sources, including a suprise bid to buy UK energy supplier First Utility and moving to incorporate EV charging on garage forecourts.

Elsewhere, the oil chief said the industry as a whole needed to build trust with customers and society, conceding that it had “let this point slip”. That means, he explained, “dealing with the challenges that drag our reputation down”.

“The energy landscape is changing fast,” Van Beurden concluded. “So we must change, where change is what the world needs. We must stay financially strong so we can make that change.”

As Shell faces shareholders at its AGM next month, Van Beurden is clearly seeking to allay the fears of its growing chorus of climate-concerned investors. However, while its green ambitions appear to be growing, as ever the devil will be in the detail. 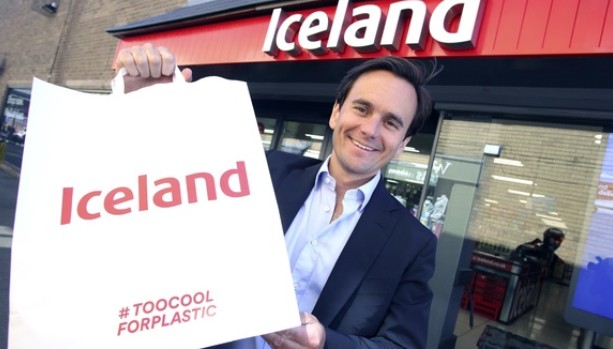