Minimal waste movement catching on in the capital city

Just a few years ago, handing a reusable container to a server in any shop or restaurant would most likely have resulted in a quizzical stare.

Today, using a Keep Cup has become an ever-growing trend, with new ‘zero waste lifestyle’ blogs taking over the Internet.

While plenty of cafes across the city have started offering discounts to customers who bring their own cups, Small Changes Wholefoods Store in Drumcondra have been encouraging customers to reduce their waste for years.

The owner Peadar Rice opened his first shop in Gorey, Co. Wexford in 2010 before moving to Drumcondra in 2015. From the beginning, waste reduction was integral to the operation of the business. 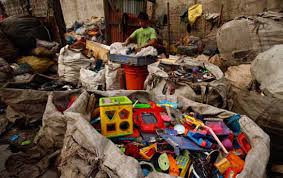 While he felt that he lacked the power to tackle such issues in his previous work in the construction industry, running his own business gave Peadar the freedom to move it in the direction he wanted.

Apart from spinach leaves, no fresh produce is sold in plastic packaging and where possible is sourced from local suppliers and producers. Customers are encouraged to bring their own containers for refilling with household goods such as washing up liquid, dry goods such as beans and rice, and for drinks from the juice bar.

The shop sends no waste to landfill and works closely with a restaurant next door to minimize food waste. Any produce that can’t be sold or used in the restaurant or juice bar is instead used as compost for the shop’s garden, Peadar says.

The garden is also used both to grow food that is sold in store and is also used as an educational resource for children from the local primary school who participate in gardening and healthy eating workshops.

Peader says that in recent years there has been a drastic change in public attitudes towards the zero waste movement, a change which he attributes to the availability of information. “I think the tide has definitely turned, in that everybody is becoming aware in the power of the individual, the power of the consumer.

“People come in here and see what we’re doing and then that might inspire them to look at the bigger supermarkets and say, well you know if these guys can do it, why can’t you,” he says.

While the problem of waste and pollution may appear overwhelming from a global perspective, he stresses the importance of not underestimating the power of the individual.

“This is why the business is called small changes. To expect everybody to radically overhaul their life overnight is not practical, not sustainable. So, the approach that we would like to get across is that one small change will lead to another change which will, in turn, lead to a bigger change.”

Jennie Jacques de Cisneros, owner of the online Minimal Waste Grocery is of a similar conviction.

She started the business – that also trades every Saturday at a market in St. Anne’s Park – in May 2017 after she noticed how much plastic packaging ended up in her trolley during her weekly grocery shop, and how little of the packaging was recyclable.

After making the decision to try to reduce her waste, she realized how difficult it was to find plastic-free packaging in regular grocery stores.

“I joined the zero waste Ireland Facebook group and realised there were loads of people like me and we were all really frustrated. There was just nothing there for us. So I thought ‘what I’m going to do it for myself’, and that’s when I started the Minimal Waste Grocery.”

The concept of zero waste still wasn’t really “mainstream” when Jennie started. This soon changed, she says, just after the release of David Attenborough’s Blue Planet 2. “That’s when it really started gaining traction. And the lots of waste-free lifestyle shops started popping up.”

She stresses, however, that simple purchasing such lifestyle products is not enough. “If you buy someone a keep cup and they never use it then that’s just more waste.”

She suggests that people instead start with “baby steps” and try swapping out alternatives for the plastic they’re already buying. The first step, she says, could be to buy a reusable water bottle instead of buying single-use plastic bottles in shops.

“Once that’s done,” she says, you will “start noticing all the plastics you use and pick up things you use all the time and find a plastic-free alternative and then just keep going in small steps”.

Molly Ayelsbury of Bare Necessities believes that what may be holding a lot of people back from reducing their waste is the misconception that to do so is both expensive and inconvenient. People who are unsure about how to shop zero waste repeatedly return to the safety and security the supermarket offers, she says,

When Molly returned home after spending a year studying in Sweden for her Masters, she suddenly realised how far behind Ireland was lagging when it came to sustainable infrastructure. She says it felt like she purchased more plastic packaging in just three weeks back in Ireland than during her entire year in Sweden.

“In terms of the environment, they’re so far ahead of us. I was a foreign student and part of my integration training was how to recycle. It was just drilled into us.” She says that people in Ireland may feel awkward bringing their own containers to shops and restaurants and become discouraged when businesses aren’t cooperative.

“There’s a hunger for change right now and if there’s ever a time where it’s going to get like that now is the time to do it.

“Landfills are closing all over the country and it’s only a matter of time before it starts impacting on people’s pockets. And when that happens there’s going to be even more of a demand for no packaging.” 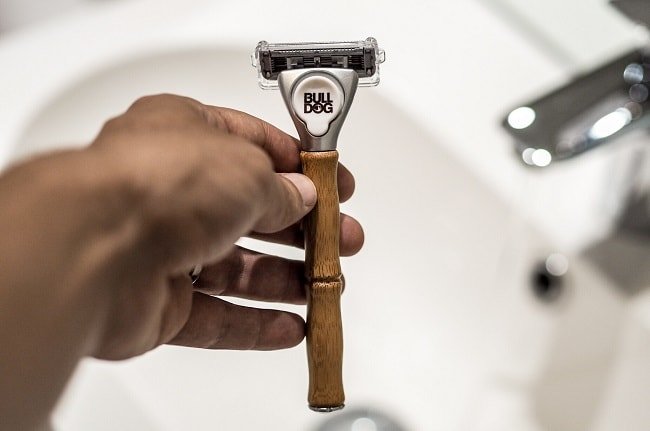