Overgrazing by goats has transformed vast areas of the dense, forest-like, thicket vegetation of the Eastern Cape into an open, desert-like system, and in the process more than 100 tonnes of carbon per hectare has been lost to the atmosphere.

Fortunately, restoration of the desertified land and the recapturing of the carbon can be achieved in a highly cost-effective manner by planting cuttings of the common indigenous tree Portulacaria afra known as spekboom. This has been fully substantiated by scientific evidence from planting trials during the past 30 years.

Spekboom uses very little water to capture large amounts of carbon from the atmosphere and takes root from cuttings, thereby avoiding all nursery costs normally associated with restoration. It is also drought-resistant, fire-resistant and does not need irrigation to establish.

More than a million hectares of desertified land in the Eastern Cape are suitable for restoration using spekboom cuttings. Given that each hectare of land on average is likely to generate more than 300 carbon credits over a 30 year period, more than half a billion carbon credits could conceivably be generated if all spekboom-rich thicket were restored. Planting spekboom cuttings is labour intensive and restoration at this scale would create several thousand jobs for more than a decade.

increasing the livestock and game farming potential of the land,

increasing the ecotourism potential of the land,

and generating attractive returns for funders/investors. 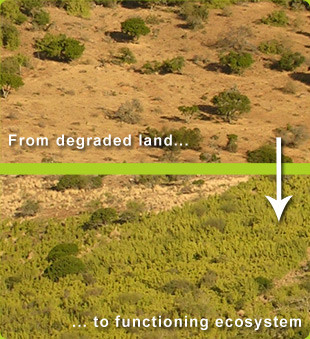 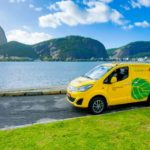 Sustainable supply chains and the road to net zero 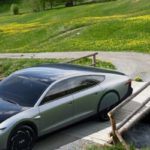 ‘It keeps on going’: driving the world’s fir 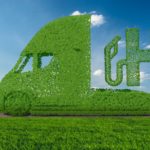 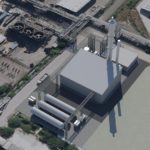 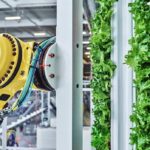 Eco-friendly strawberries all year round: The bene