This former Parisian wasteland is now an ‘eco-neighbourhood’

The Clichy-Batignolles area, a former industrial wasteland, has morphed into the French capital’s first “eco-neighbourhood”, billed as a model of sustainable development for the rest of the city.

Clarisse Genton, project coordinator for the Clichy-Batignolles district, said it aims to be “environmentally responsible” – with solar panels on homes and clean geothermal energy for heating, for example.

But the eco-effort also has a social aim: to address the city’s affordable housing crisis and ensure green benefits reach the poor as well as the rich.

“We wanted to create a district that’s accessible to all and to bridge the gap between poor and rich parts of the city,” said Genton, referring to the neighbouring posh district of Monceau and the poorer La Fourche.

Paris is one of more than 70 cities worldwide that have pledged to become “carbon neutral” by 2050, meaning they will produce no more climate-changing emissions than they can offset, such as by planting carbon-absorbing trees.

Each is going about achieving the goal in its own way. But because cities account for about three-quarters of carbon dioxide emissions, according to the U.N., and consume more than two-thirds of the world’s energy, whether they succeed or fail will have a huge impact on whether the world’s climate goals are met. 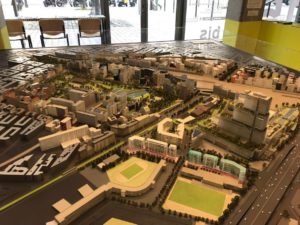 “Cities are where everything comes together: homes, transport, public spaces – so there’s a real role for them to help create the living places of the future,” said Eliot Whittington, director of the Prince of Wales’ Corporate Leaders Group, a coalition of businesses promoting climate action.

“We’ve got to a state of accepting a certain level of waste and energy (use), but climate change (and) heatwaves affect us all and have a real toll on people’s lives,” he told the Thomson Reuters Foundation.

Global warming is currently set to exceed the more ambitious limit of 1.5 degrees Celsius (2.7-degree Fahrenheit) called for in the 2015 Paris Agreement to curb climate change, according to a draft U.N. report due for publication in October.

Following public consultations, Paris adopted its climate action plan in March. It aims to make the city carbon-neutral and entirely powered by renewable energy by 2050.

From swimming pools heated by sewage to ensuring the city is fully “cyclable” by 2020, it includes more than 500 initiatives to reimagine Paris as a zero-carbon capital.

The Clichy-Batignolles area of 54 hectares (130 acres), once chosen as Paris’s Olympic village as part of the city’s failed 2012 bid, is built around a 10-hectare park containing a skate park, deck chairs and wooden bridges.

Martin Luther King Park acts as a “green lung” and an “island of coolness” for the neighbourhood, said Genton, showing a miniature model of the district to two passersby.

“Rainwater is channelled towards wetlands rather than discharged into sewers, and household waste is collected through an underground pneumatic system – removing the need for garbage trucks,” she added.

Buildings are heated by a new geothermal plant, and about two-thirds of homes are equipped with solar panels on their roof.

But the eco-district is about more than energy efficiency and biodiversity, said Genton, adding that “we urgently need affordable homes in a city that cannot grow and where prices are skyrocketing”.

Half of the neighbourhood’s newly built flats qualify as social housing and can be rented for about 300 euros a month, she said.

Local residents have so far warmed to their new neighbourhood, and say they feel “more connected” to the rest of the city, she said.

But many still await the arrival of a promised metro line, which should help reduce traffic and public transport congestion in the area, Genton said.

Virgile Géraud, a retired carpenter who has lived in Clichy-Batignolles for 40 years and is considering renting one of the new homes, said that “this new park, these new buildings … it’s really nice, it’s a change of lifestyle”.

“But some people think the new buildings are too tall or too modern,” he added, pointing to a bright yellow crane looming over a half-completed building.

Denis Musanga, who two months ago moved to Clichy-Batignolles from the Paris suburb of Villiers-le-Bel, said he was “shocked by how clean it is, even at night”.

He is less convinced of the “affordable” label, however, saying that he pays 650 euros for one room in a two-bed flat – “much more than what I paid in the suburbs”. 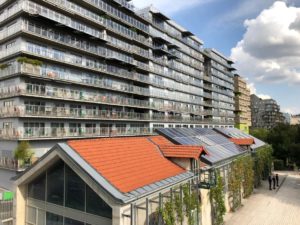 If zero-carbon initiatives are to succeed, citizens need to buy into them, according to the city of Paris’ climate plan, which received hundreds of proposals from residents to improve their city.

Fortunately, many ways of cutting emissions can also help people be more comfortable or save money, experts said.

“Loft insulation for example is one of the easiest things to do, but what holds people back from doing it is the hassle. When do you do it? How do you clear the loft?”

European cities have come a long way in improving energy efficiency in buildings and homes, he said, but still have a “huge body of old, inefficient buildings”.

Aiming to tackle this is France’s Passeport Efficacité Énergétique (Energy Efficiency Passport) – a project led by think tanks and companies such as French utility EDF. It encourages householders to renovate their homes step by step.

Still in its pilot phase, the project involves auditing the energy efficiency of homes and storing any progress made – such as the use of more efficient lighting – with an online tool.

Musanga, whose building is not yet equipped with solar panels, said he is open to the idea but “wants proof” that going greener can save him money.

“If it helps the planet, then that’s a bonus,” he said, tying on his rollerblades before disappearing into the distance. 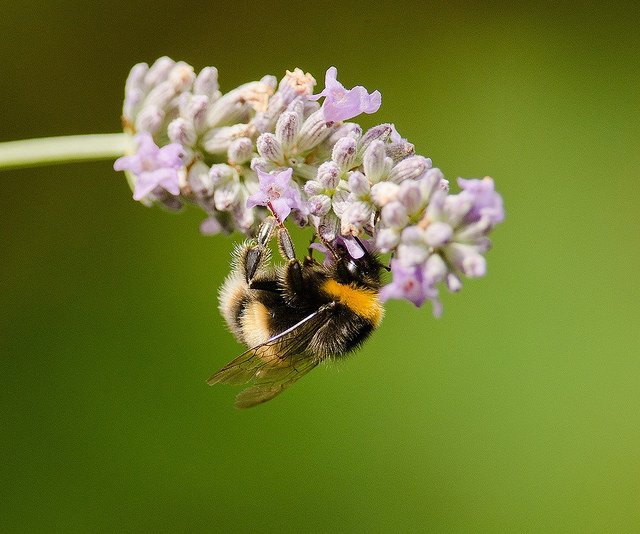